Listen to My Latest Podcast: "How to Use Strategic Humor in Leadership"

“I have to say that what I have observed over the past week has been OUTSTANDING in all respects – outstanding error recovery; interacting with teammates; interacting at home; reaching out to invite others ... etc.”

My daughter plays competitive volleyball. At the end of the past season she told me that she wanted to talk to someone about how she was feeling during matches and at practice. Her main challenges were being very hard on herself and therefore not able to recover efficiently from errors.  She also tended to get frustrated with certain team dynamics. After she received coaching on the “ZONED-IN” Mental Toughness framework, she began to understand how to monitor and take control of her feelings on and off the court, so she could play to the best of her ability, consistently. When high school tryouts began, my daughter felt prepared for the challenge and competition. My daughter has a new focus on the court and is all about the “job” at hand. It shows – she was named as a captain for her team. Sheryl’s curriculum and Mental Toughness framework helped my daughter step up to the next level. Thank you Sheryl.”

"As an equestrian athlete, I can put a great deal of pressure on myself. With all the hours I put into my practice, I want to do my absolute best. However, when I go to the show ring and have all of this pressure building up, my nerves arise. These nerves proved to be debilitating and distracting with too many questions of “What might go wrong?” “This has gone wrong in the past!” and “I’m a terrible rider!” These thoughts almost convinced me to put my riding career to an end.

"This is where Sheryl came in. She introduced me to a type of work out just as important as my physical training—training of the mind. She was able to help me pinpoint the causes of my nerves, and help me rationalize the pressure I had been putting on myself. Through a variety of techniques such as progressive relaxation, GAP Training, and visualization I became able to manage my anxieties and ease up on the burdens that I unnecessarily placed on myself. The results showed. In an environment of competitors where physical talents equalize, having the ability to control my thoughts and feelings is a definite competitive edge. Now, with Sheryl’s amazing help and guidance, I continue set goals for myself and lay out the groundwork to achieve them.

Thank you Sheryl, for helping me find my joy!" 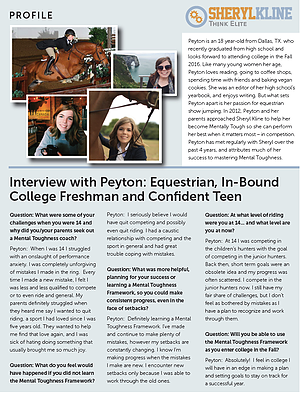 “High level junior tennis players need to master Mental Toughness skills to develop and play to their potential, consistently. Managing nerves, distractions, and maintaining focus before after and during points are just a few examples. I have referred junior players to Sheryl over the past three years and seen the results that her curriculum and system produce."

“In the formation of our Boy's U17 team for the upcoming season, we knew we had a physically talented team, but would be lacking any strong team cohesion. Once the team had bought into the idea that training their mental game was just as important as developing their physical competencies, our team began to exhibit the necessary success traits consistent with championship level teams.  We give a large amount of credit to Sheryl for her "ZONED-IN" Mental Toughness framework in helping the team to realize their potential, at an accelerated rate, and ultimately achieving our stated goal.” 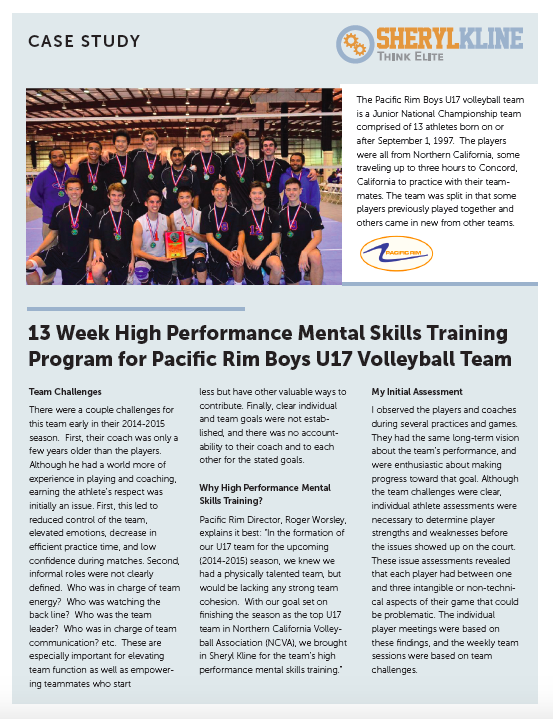 "Mental Toughness training has helped me gain the discipline and knowledge to play completely in the present, so I can compete at my full potential consistently. It was also a key factor in preparing me to play Men’s Division I tennis and will continue to throughout college."

“I have a teenage daughter who plays competitive volleyball. A year ago we noticed she was struggling on the court ... really she was struggling with her emotions, and what to do after she made a mistake. After learning Sheryl’s Mental Toughness framework, we’ve noticed a huge improvement. It was applicable, it was easy to understand, and it wasn’t just a quick fix. I feel it’s a tool she can use throughout her life ... she can take this with her through high school, college, and into her working career ... whatever it is.  Using the "ZONED-IN" Mental Toughness framework really is a life tool, and it’s a gift you can give your teen.” 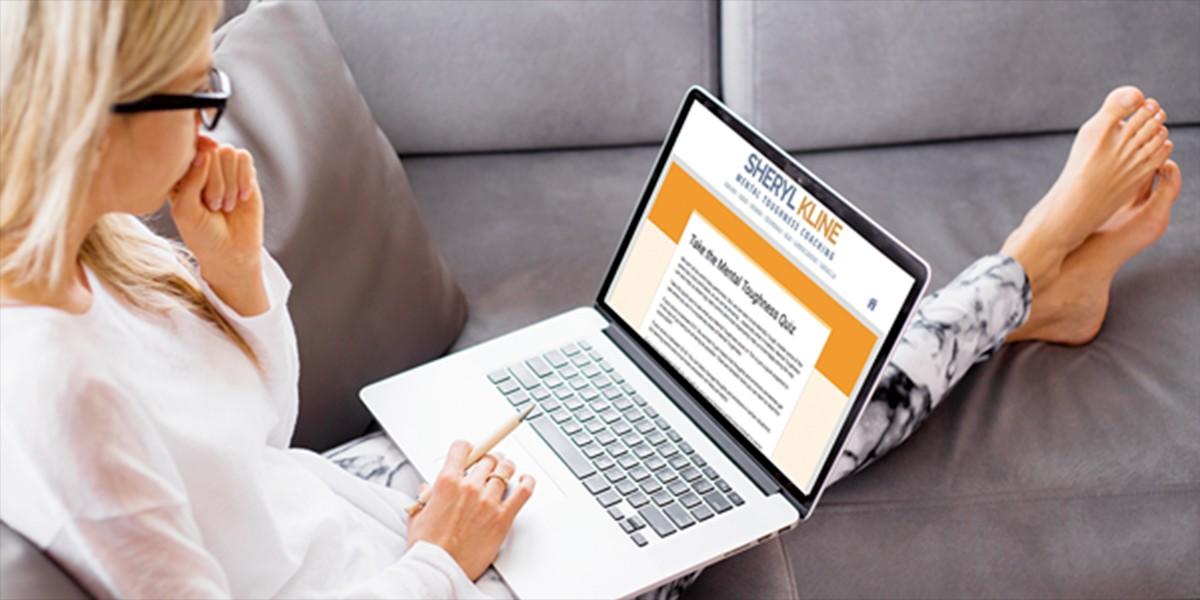 Before You Leave, Have You Taken the FREE Mental Toughness Assessment?

Mental Toughness can help us dream big, take control and most importantly, help us to be happy along the way.